That provide internet services to the world

These servers are known as root nameservers

And are spread across North America and Europe

The root nameservers in North America are in USA and Canada

Mexico has no knowledge about it

In Europe, there may be many places where the root nameservers are located

These are definitely present

In Germany and the European part of the former USSR.

That may be Windows, Unix, Linux or an Apple OS

Or some other new OS

Inside out and has reached the end of his hacking career

For there is no more American technology

To learn, other than bringing down the main servers.

She waited for him near the flower bed, Her heart beat fast as she heard him tread Towards her,slowly and softly, She stood all drenched…

The anxiety and depression, Are all repurcussions, Of a part not so well played, Of decisions delayed, Of trusts misplaced, Of not being able to…

I am glad that amidst us you are back, We anxiously awaited your comeback, Tears kept flowing out of our tear sacs, As we waited… 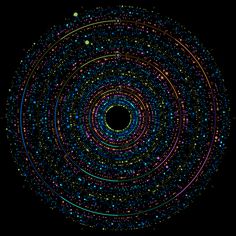 I walked into the endless tunnel, my vision blurred and mind obscured, seeping through the everlasting funnel, turbulating along its walls I whirled.   I…